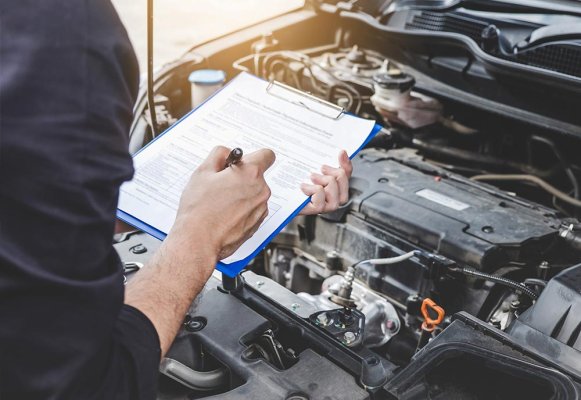 Engine tuning is the adjustment, modification or design of internal combustion engines to yield optimal performance, to increase an engine's power output, economy, or durability. It has a long history, almost as long as the development of the car in general, originating with the development of early racing cars, and later, with the post-war hot-rod movement. Tuning can describe a wide variety of adjustments and modifications, from the routine adjustment of the carburetor and ignition system to significant engine overhauls. At the other end of the scale, performance tuning of an engine can involve revisiting some of the design decisions taken at quite an early stage in the development of the engine.

Setting the idle speed, fuel/air mixture, carburetor balance, spark plug and distributor point gaps, and ignition timing were regular maintenance items for all older engines and the final but essential steps in setting up a racing engine. On modern engines, equipped with electronic ignition and fuel injection, some or all of these tasks are automated, although they still require periodic calibration.

A tune-up usually refers to the routine servicing of the engine to meet the manufacturer's specifications. Tune-ups are needed periodically as according to the manufacturer's recommendations to ensure an automobile runs as expected. Modern vehicles now typically require only a few tune-ups over the course of an approximate 250,000 kilometres (160,000 mi) or a 10 year lifespan.

Tune-ups may include the following:

In early days, mechanics finished tuning up a performance car such as a Ferrari and would take it around a track several times to burn out any built-up carbon; this is known as an Italian tuneup.

Modern engines are equipped with an engine management system which can be modified to different settings, producing different performance levels. Manufacturers often produce a few engines which are used in a wider range of models and platforms, and this allows the manufacturers to sell cars in various markets with different regulations without having to spend money developing and designing different engines to fit these regulations. This also allows for a single engine to be used by different brands, tuned to suit their particular market.

Performance tuning focuses on tuning an engine for motor sport, although many such cars never compete but rather are built for show or leisure driving. In this context, the power output, torque, and responsiveness of the engine are of premium importance, but reliability and fuel economy are also relevant. In races, the engine must be strong enough to withstand the additional stress placed upon it, and so is often far stronger than any mass-produced design on which it may be based, and also that the vehicle must carry sufficient fuel. In particular, the transmission, driveshaft and any other load-bearing powertrain components may need to be modified in order to withstand the load from the increased power.

In most cases, people are interested in increasing the power output of an engine. Many well tried and tested techniques have been devised to achieve this, but all essentially operate to increase the rate (and to a lesser extent efficiency) of combustion in a given engine. This is achieved by putting more air/fuel mixture into the engine, using a fuel with higher energy content, burning it more rapidly, and getting rid of the waste products more rapidly - this increases volumetric efficiency. In order to check the amount of the air/fuel mixture, air fuel ratio meters are often used. The weight of this fuel will affect the overall performance of the car, so fuel economy is a competitive advantage. This also means that the performance tuning of an engine should take place in the context of the development of the overall vehicle.

The specific ways to increase power include:

Increasing the engine displacement by one or both of two methods: "boring" - increasing the diameter of the cylinders and pistons, or by "stroking" - using a crankshaft with a greater throw.

Using larger or multiple carburetors, to create a more controllable air/fuel mixture to burn, and to get it into the engine more smoothly. In modern engines, fuel injection is more often used, and may be modified in a similar manner.

Increasing the size of the valves in the engine, thus decreasing the restriction in the path of the fuel–air mixture entering, and the exhaust gases leaving the cylinder. Using multiple valves per cylinder results in the same effect – it is often more difficult to fit several small valves than to have larger single valves due to the valve gear required. However it is difficult to find space for one large valve in the inlet and a large valve on the outlet side. Sometimes a large exhaust valve and two smaller inlet valves are fitted for improved flow. As the pressure generated during combustion provides more force to exhaust the waste gasses than the force available to inlet clean charged gas, a larger inlet valve area is needed to provide easier flow. The two smaller inlet valves' total area is larger than that of the single exhaust valve and thus provides that easier inlet flow. This is why exhaust valves are typically smaller in area than the inlet valves.

Using larger bored, smoother, less contorted intake and exhaust manifolds. This helps maintain the velocity of gases. Similarly, the ports in the cylinder can be enlarged and smoothed to match. This is termed cylinder head porting, usually with the aid of an air flow bench for testing and verifying the efficiency of the modifications. Manifolds with sharp turns force the air–fuel mix to separate at high velocities as fuel is heavier than air.

The larger bore may extend right through the complete exhaust system, using larger diameter piping and low back pressure mufflers, and through the intake system, with larger diameter airboxes and high-flow, high-efficiency air filters. Muffler modifications will change the sound of the car's engine, usually making it louder; for some tuners this is in itself a desirable effect.

Increasing the valve opening height (lift), by changing the profiles of the cams on the camshaft, or the lift (lever) ratio of the valve rockers (OHV engines), or cam followers (OHC engines).

Optimizing the valve timing to improve burning efficiency - usually this increases power at one range of operating RPM at the expense of reducing it at others. For many applications this compromise is acceptable. This can usually be achieved by fitting a differently profiled camshaft. See also valve timing, variable valve timing.

Raising the compression ratio by reducing the size of the combustion chamber, which makes more efficient use of the cylinder pressure developed and leading to more rapid burning of fuel, by using larger compression height pistons or thinner head gaskets, or by milling or "shaving" the cylinder head. High compression ratios can cause engine knock unless high octane fuels are used.

Forced Induction; adding a turbocharger or supercharger. The air/fuel mix entering the cylinders is increased by compressing the air. Further gains may be realized by cooling compressed (and thus heated) intake air with an air-to-air or air-to-water intercooler.

Using a fuel with higher energy content and by adding an oxidizer such as nitrous oxide.

Reducing losses to friction by machining moving parts to lower tolerances than would be acceptable for production, or by replacing parts. A common example of this is, in OHV engines, replacing the production rocker arms with replacements incorporating roller bearings in the roller contacting the valve stem.

Reducing the "rotating mass", which comprises the crankshaft, connecting rods, pistons, and flywheel. Doing so can improve throttle response due to lower inertia, as well as reduce overall vehicle weight. This may be achieved by using alloy parts instead of steel. However a heavy crankshaft can void the need for a flywheel (common on V6 engines).

Changing the tuning characteristics electronically, by changing the firmware of the engine management system (EMS). This chip tuning often works because modern engines are designed to produce more power than required, which is then reduced by the engine management system to make the engine operate smoothly over a wider RPM range, with low emissions. This is called de-tuning and produces long-lasting engines and the ability to increase power output later for facelift models. Recently emissions have played a large part in de-tuning, and engines will often be de-tuned to produce a particular carbon output for tax reasons.

Lowering the underbonnet temperature, which has the effect of lowering the engine intake temperature, therefore increasing the power. This is often done by installing a type of thermal insulation (normally a heatshield, thermal barrier coating or other type of Exhaust Heat Management) on or around the exhaust manifold. This ensures that more heat is diverted out and away from the underbonnet area.

The choice of modification depends greatly on the degree of performance enhancement desired, budget, and the characteristics of the engine to be modified. Intake, exhaust, and chip upgrades are usually amongst the first modifications made as they are the cheapest, make reasonably general improvements, whereas a different camshaft, for instance, requires trading off smoothness at low engine speeds for improvements at high engine speeds.

Furthermore, tuners may also use analytical tools to help evaluate and predict the effect of modifications on the performance of the vehicle.